Exhibitions “The Vajont Catastrophe – A space for memory” and “Vajont: images and memories”

The Visitors Center of Erto e Casso (PN) is located in the village of Erto, in the building of the former elementary school of the village.
It is one of the most important and complete documentation centers on the Vajont disaster and valuable point of reference for studies and research.

THE CATASTROPHE OF VAJONT

A space for memory 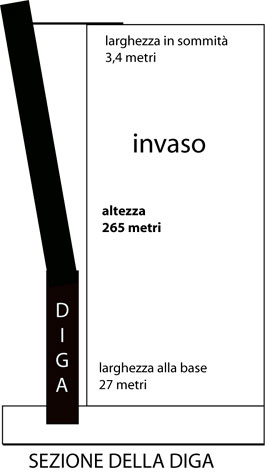 The Visitors Center of the Park offers visitors a memory of the catastrophe of October 9, 1963.

The natural environment of the valley was upset and the community suffered:

For decades the community was expelled from the valley, deprived of its economy and pushed up to the split of its original unity. A third of a century has passed, but justice has run its course just a few years ago.

FIRST SECTION OF THE EXHIBITION 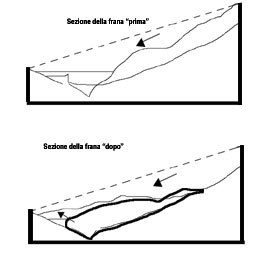 In the late ’50s, the community was deeply bound to a traditional agricultural economy, integrated with a small street trading. The narrow gorge of Vajont suggests to SADE the idea of ​​using the valley as a reservoir. It is thus realized a double curved dam of 265 meters, the highest in the world at the time. In 1960, coinciding with the start of the reservoir, two landslides took place. It is arranged a monitoring of the unstable slope, an extension of two million square meters. So it is settled an accurate diagram of the relationships between the increase of the lake level and the rise of the landslide movements.

In October 1963 the imminence of the landslide is obvious. There are not taken adequate measures to protect the population.

On the 9th of October 1963 a landslide of 300 million cubic meters collapses downstream within a time frame of 40 seconds, with a speed of 65km / h. The impact of the landslide in the lake moves a mass of 48 million m³ of water:

After the landslide there is no more control of the lake level. In the bleak scenery of the shocked valley, “after” the disaster, institutions overestimate the risk. The entire population is evacuated.

When, three years later, the lake has been completely emptied, the institutions insisted on forcing the inhabitants to leave their villages. This ended up in a strong internal conflict between those who accepted the relocation and those who wanted to regain their valley and live there. In 1971 took place the traumatic split of the community through the  establishment of the new village of Vajont.

The Reconstruction Plan extends its action on an area  ​​22 times larger than the damaged one and almost “forgets” the Vajont valley.
Except for the restoration of viability on the right bank, the only intervention plan consists in the abandonment of the old part of Erto, to build a new settlement nearby.
No other intervention has been implemented in the valley. The whole left side of the valley is still burdened by inaccessibility constraints never removed.

Filed against the ENEL company by the municipalities of Erto and Casso and then by that of Vajont. In 2000, 37 years after the catastrophe, the final ruling obliged ENEL to pay damages in the amount of 6,109,685 Euros.