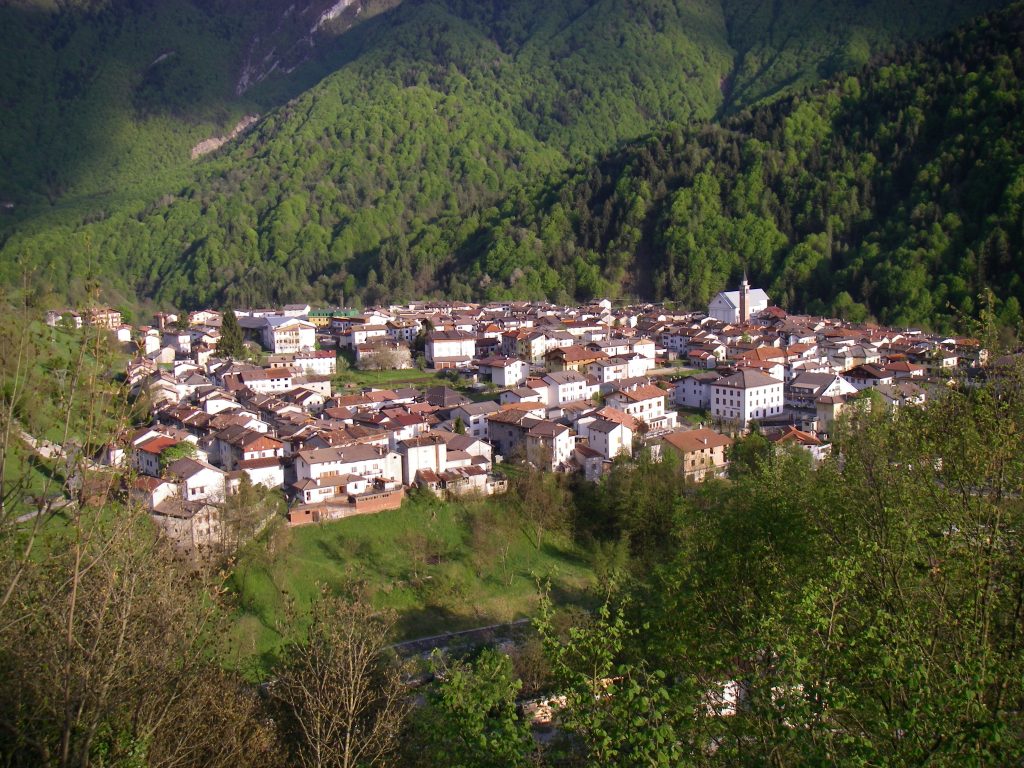 Nestled in a green valley at the confluence of the rivers Cellina and Settimana, we find Claut, framed by an amazing landscape of Dolomite mountains. It is a fully equipped tourist resort with important sports facilities (sports hall, ice rink, ice park, ski slopes), ideal place for sports fans of hockey, skating and curling. It offers many hiking, ski mountaineering, mountain biking and orienteering trails. Of great historical importance is the discovery, in the alpine hut Casavento, some dinosaur footprints. In the Museum of the House Clautana, we find many signs of the local community history. 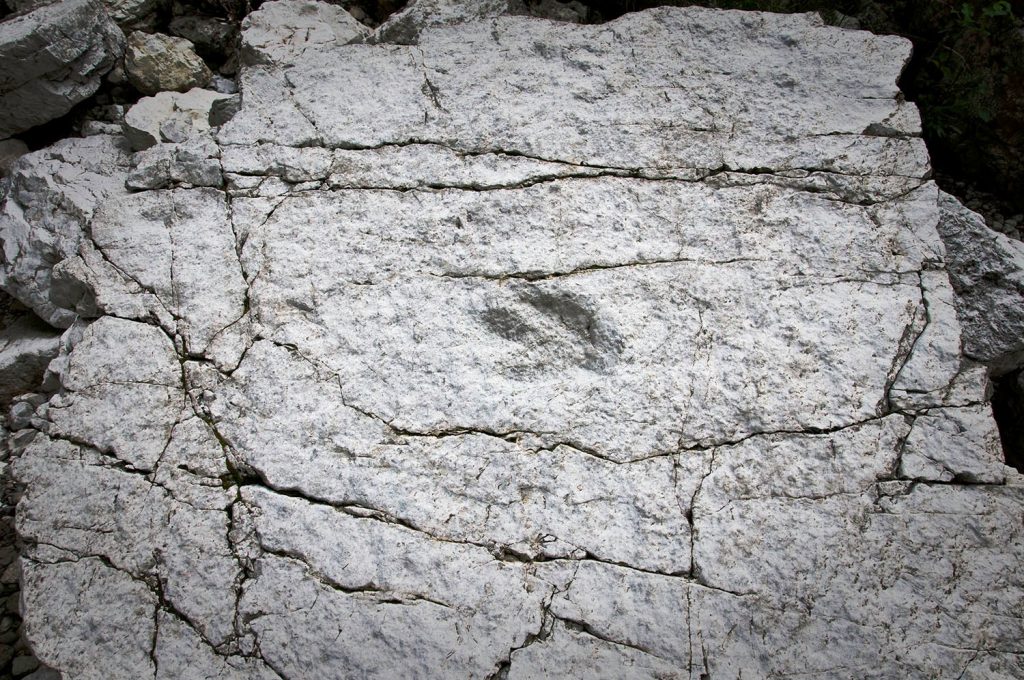 On the morning of September 30, 1994 a school group visiting the Park discovered by chance the first fossil footprints of the theropod dinosaur of the Park, imprinted on a Main Dolomite rock, a rock formation deposited in the Triassic period, more than two hundred million years ago.

The dinosaur footprints in the Main Dolomite Dolomite open a topic of great interest, since these findings show unequivocally that in the Italian peninsula the presence of such forms of life were anything but casual as ever thought.
This first discovery has promoted further researches in the area of ​​the Park, and other confirmations have not taken long to come.
The footprints of the alpine hut Casavento (observable on a boulder in the nearby river called Ciol de Ciasavent) remain the most visited and appreciated. The route is set up with signs and information panels to reach the site more easily. At the Visitors Center and Information Offices are available supplementary brochures and guides.

Nature trail of the Col de l’Piais and Truoi Arthith

These two routes, that can be combined, are among the Park trails for everyone. After crossing the old hamlet of Massurie, at the Col of Piais you find an easy path, also with moderate slopes, while among the green meadows of Arthith another route suggests a short and relaxing walk.

The itinerary offers the opportunity to travel the path traced by the Alpini (Italian alpine troopers) during the first years of the ‘900 and became the scene of violent fights during the First World War. Geologically important thanks to the recent discovery of dinosaurs’ fossil footprints located near the alpine hut Casavento.

The Visitors Center houses the information office of the Park and the Museum House Clautana, which collects the history signs of the local community and it is part of the tourism and environmental development plan of the Regional Park of the Friulian Dolomites and the Municipality of Claut. In particular it describes the life of the Valcellina women, devoted to the housework, fieldwork, works in the stable and on the road as a peddler of wooden tools that men built during winter. Goal of the museum is also the recovery of ancient structures created for the use of water, stone, wood and the renovation of a “ciasa da fum”, ancient private residence, acquired to be dedicated to museum purposes.